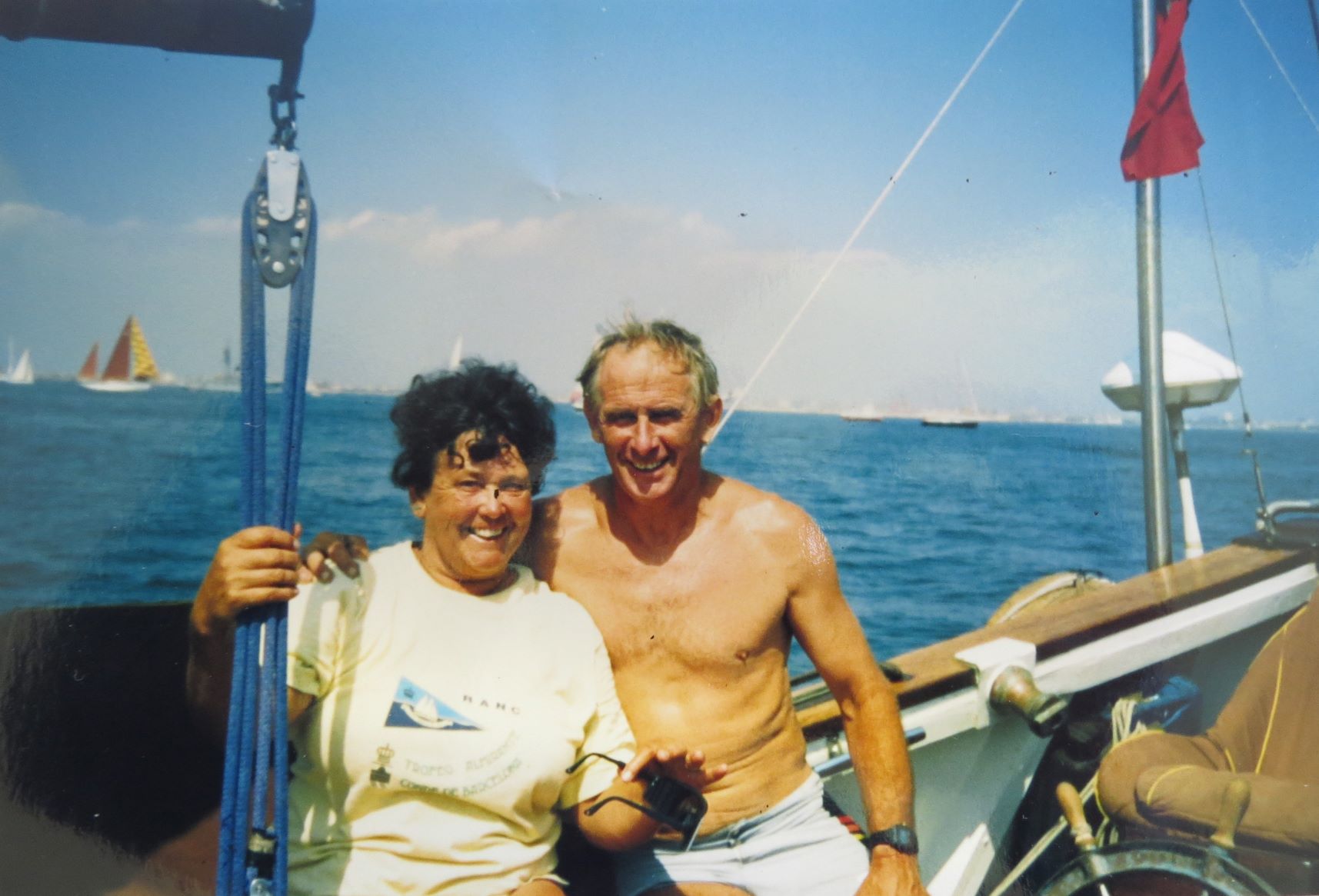 In 1985 Roger and Wendy Angel set off in Boleh on their ‘big adventure’.  Before leaving England Lesley Brown – widow of ‘Buster’ Brown, one time shareholder in Robin Kilroy’s Boleh – gave a farewell party for them in Falmouth.  Among the guests were Roger’s friends John and Liz Cynddylan who had witnessed Roger’s restoration of Boleh in Rye harbour.

John was an adventurer himself and, on hearing reports of Boleh’s passage South, including loss of the topmast, penned this Poem of encouragement to Boleh and her crew.  After many adventures, recorded by friend and helper Dave Sully in ‘Arising from the Ashes’, the Angels and Boleh finally settled in their Majorca base.  Picture shows Roger and Wendy in the sunny Med, enjoying the fruits of their considerable labours!