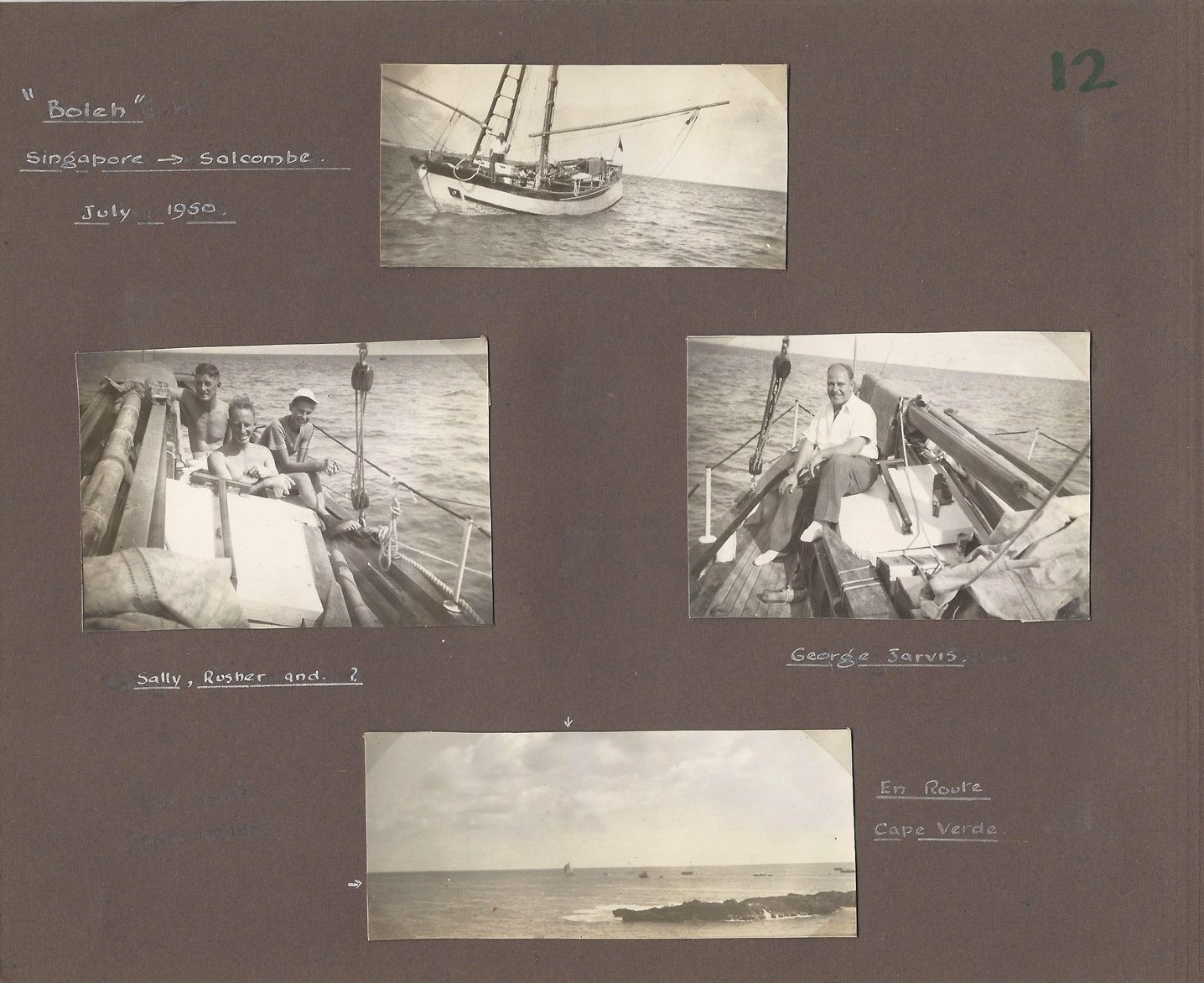 70 years ago on 4 July 1950 Boleh called at Ascension Island in the South Atlantic during the closing stages of her journey from Singapore to the UK.  The Island was discovered by the Portuguese Navigator Joao da Nova on Ascension Day 1501, and is now a British Military Base and a link to the Falkland Islands.

Chapter 23 of Robin Kilroy’s book ‘Boleh’ describes the visit and the warm hospitality offered by residents of this tiny Colony, many of whom worked for Cable & Wireless.  Among those looking after the Boleh crew was Michael Miles whose son, Jinx, kindly sent these pictures from Australia – note top picture of Boleh at anchor with ‘tradewind rig’ booms spread.