Generous Boleh donor lets students get a look in 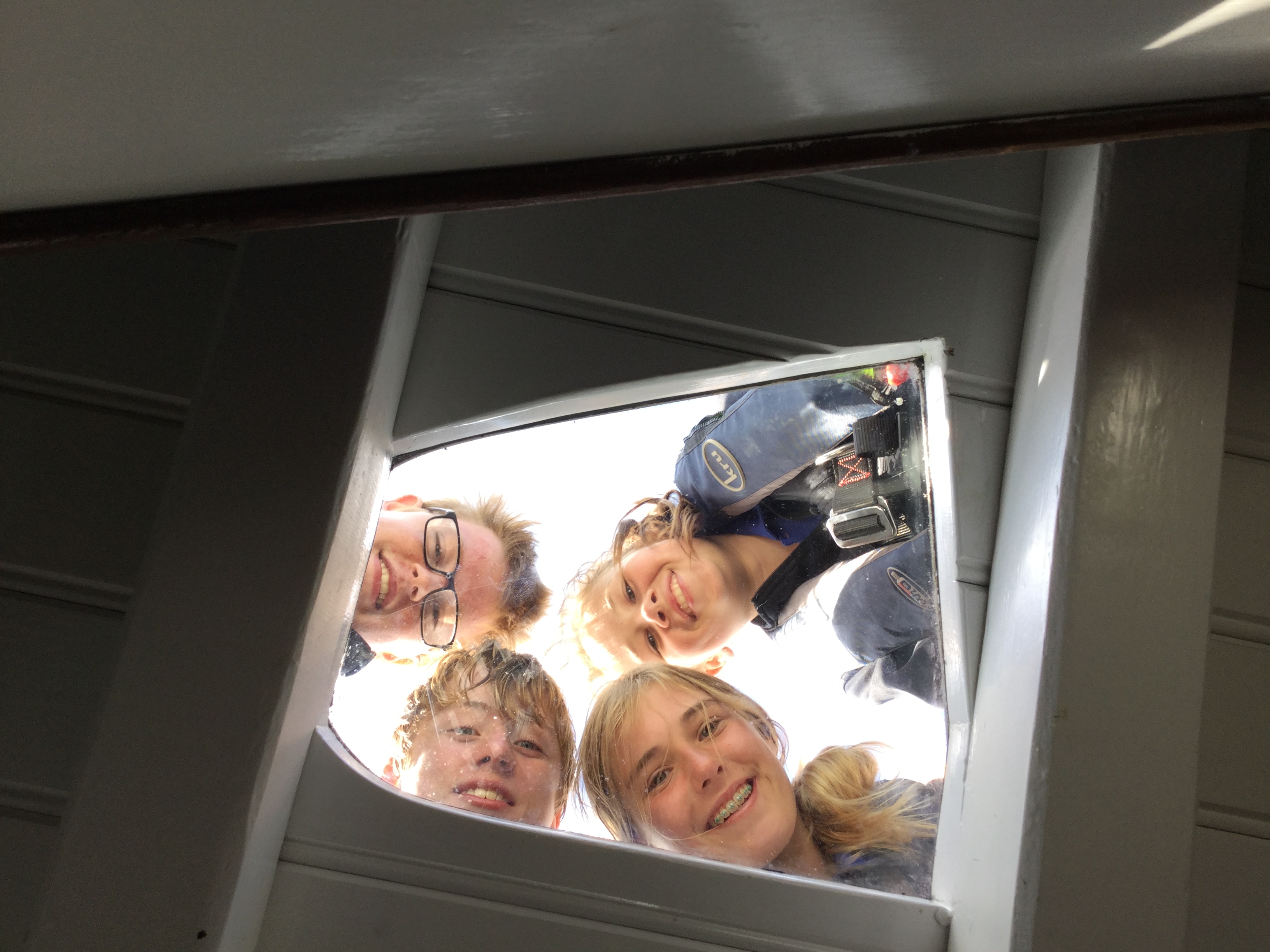 We are very grateful to the Payne-Gallwey Charity Trust whose generosity has once again given young people the chance to look in to Boleh’s world and get afloat. Picture shows Dorset school students peering through a Japanese fighter windscreen at the cabin below. Boleh’s designer Robin Kilroy, a naval fighter pilot in the Far East during WW2, used 2 windscreens from downed Japanese planes as deck lights when building his vessel in 1949.