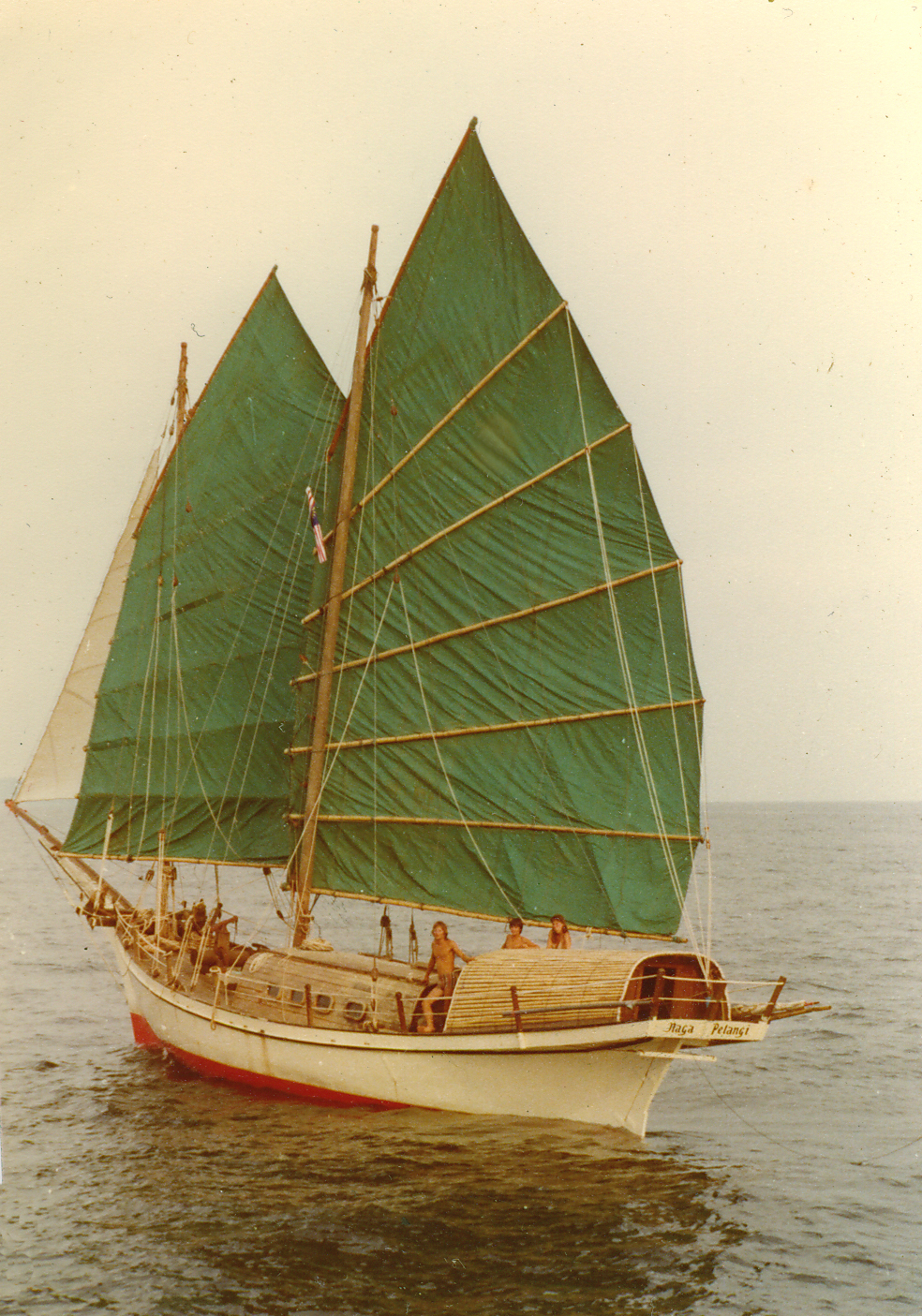 In 1984 two unusual vessels with a shared history met by accident in Ibiza.  Boleh and her owner Roger Angel, bound for Majorca, anchored near the traditional Malay pinas (schooner) Naga Pelangi, with owner Christoph Swoboda onboard.  Naga Pelangi (Malay for Rainbow Dragon) subsequently circumnavigated the Globe with Christoph, while Boleh and Roger made their home in the Mediterranean.

We are grateful to Christoph for contacting us to explain the link; both boats were built, 30 years apart, by the same shipwright family from Terengganu on the East coast of Malaysia.  Naga Pelangi was built in 1980 by Che Ali bin Ngah and his sons at the same time as Roger was restoring the fire ravaged Boleh in Rye Harbour.  And it was Che Ali in his youth who, with Embong bin Salleh, travelled to Singapore in 1949 to build Boleh for her designer Commander Robin Kilroy!

Picture shows Naga Pelangi on her maiden voyage in 1981.  We’ve also posted other pictures of this lovely boat and of Che Ali on Facebook and Instagram, including a picture of Boleh leaving Ibiza, taken by Christoph in 1984.  More about Naga Pelangi and the unique form of construction employed by Terengganu shipwrights can be found at www.naga-pelangi.com