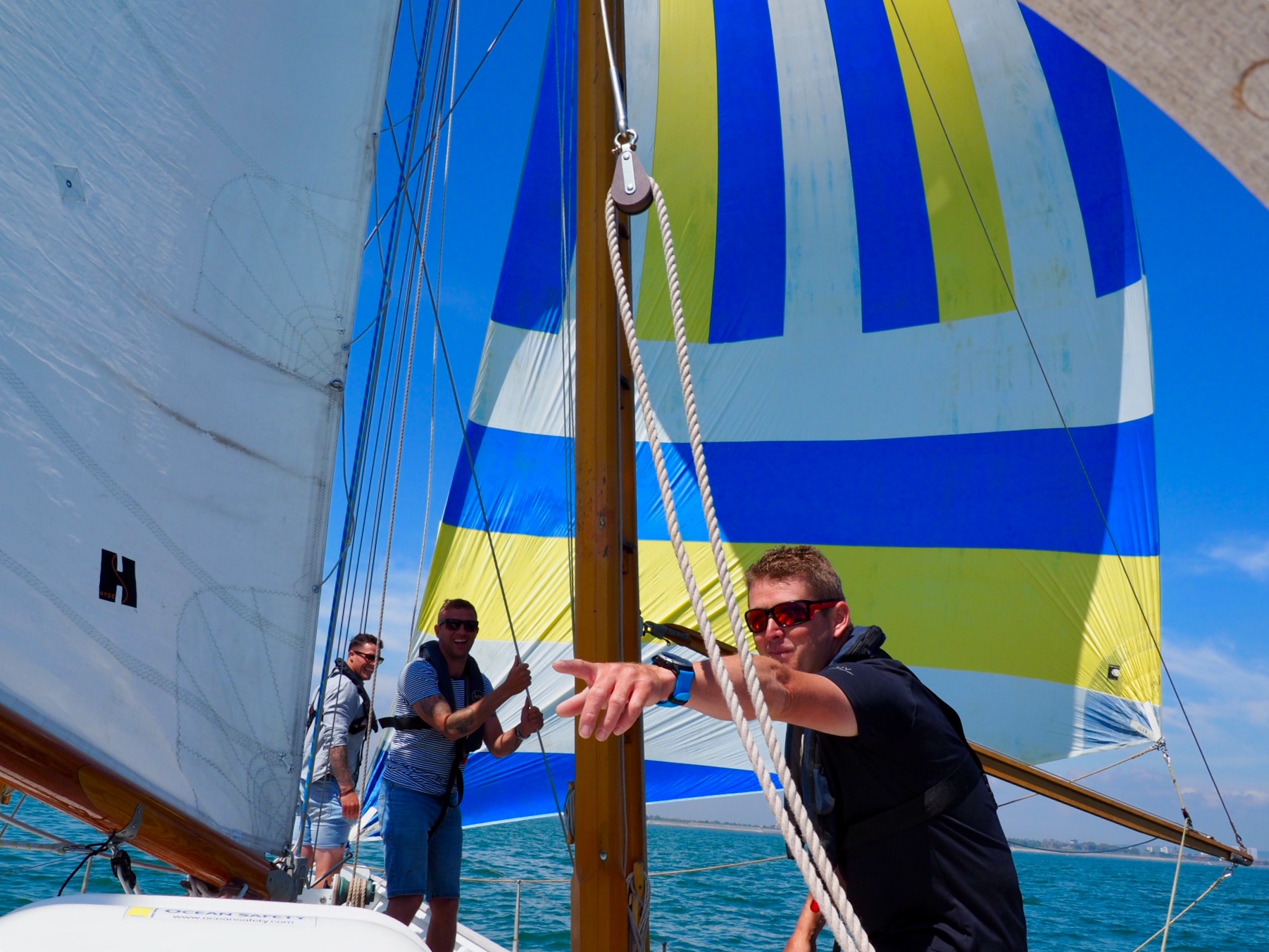 There hasn’t been much weather to cheer about recently but here’s a Boleh crew enjoying summer sun in a previous Season.   Picture shows Soldiers from the Army Inshore Sailing Centre at Thorney Island testing the set of a spinnaker inherited from Roger Angel’s time as Boleh’s owner.  Their conclusion – a few alterations would better match the rig of the restored Boleh.  We are hoping Boleh will be able to team up with our friends at the AISC next Season to support their training programme.