Boleh and the Royal Engineers 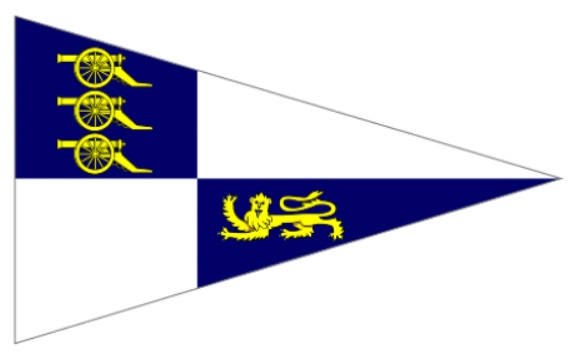 Boleh was back among Sapper friends (as Royal Engineers are known) at the annual Lymington meet of the Royal Engineer Yacht Club (Burgee pictured) in May, hosted by the Royal Lymington Yacht Club.  Over the weekend Boleh and crew, skippered by REYC member Bruce Snelling, sailed with the Fleet, entertained the Sapper crews and attended the Annual Dinner.

Boleh’s formal link with the Royal Engineers goes back to the 1960s when she was loaned to the Junior Leaders Regiment RE at Dover as their sail training vessel.  And . . . .  we have recently learned of an even earlier connection.  A Sapper officer serving in Singapore after the War saw Robin Kilroy and his Malay shipwrights building Boleh.  Boleh means ‘can-do’ in Malay and he was so impressed by the ‘can-do’ message that he named his own house ‘Boleh’ on return to England!