Boleh at Sea on Trafalgar Day! 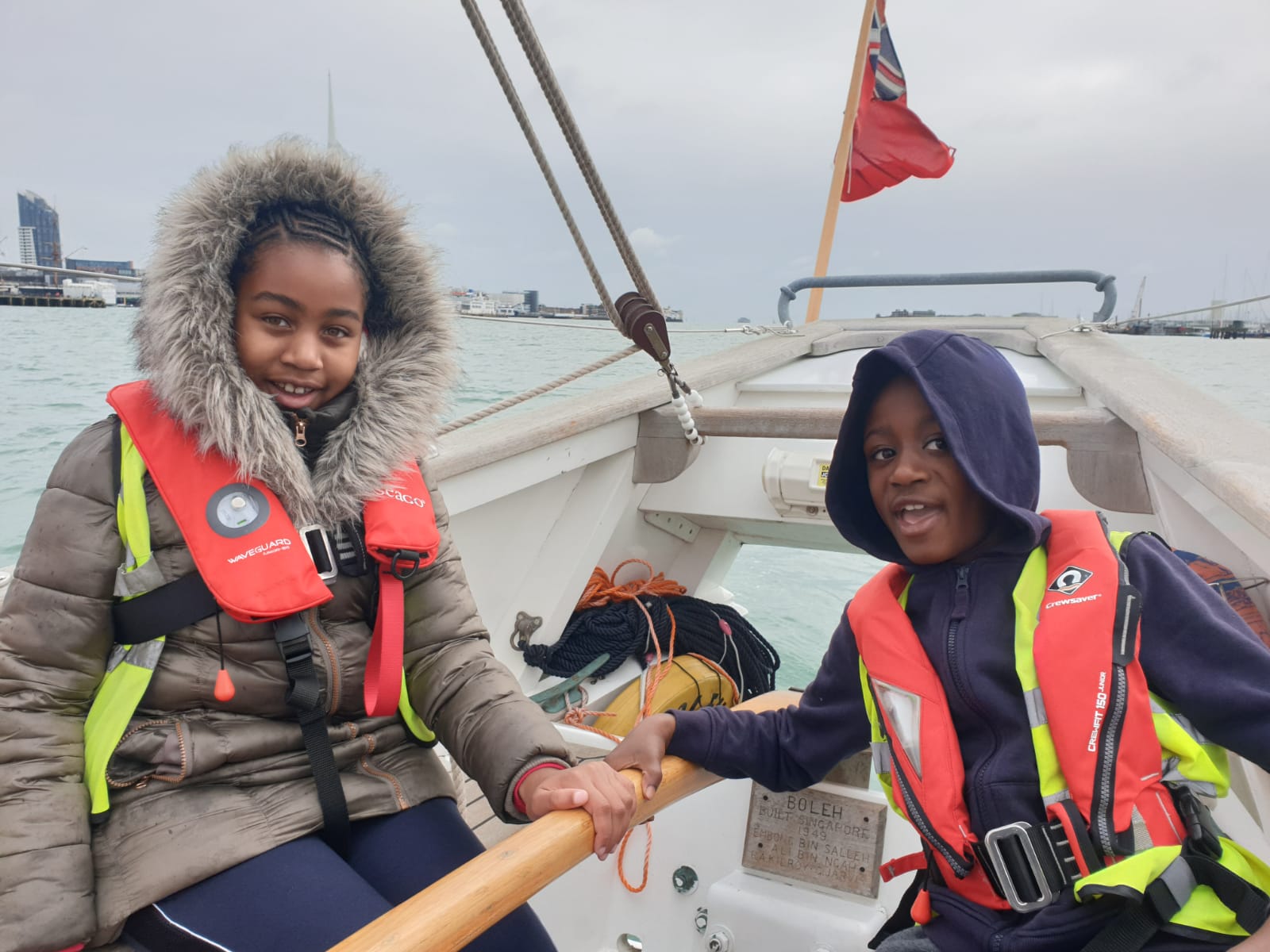 Two hundred and fourteen years ago, on 21st October 1805, Admiral Lord Nelson and the British fleet defeated the combined French and Spanish fleets off Cape Trafalgar.  Picture shows two of ‘Pompey’s Military Kids’, dressed for the autumn weather, taking Boleh’s helm as she sails up harbour to pass Nelson’s flagship, HMS Victory, on the anniversary of the Battle.