‘Sappers’ back onboard Boleh 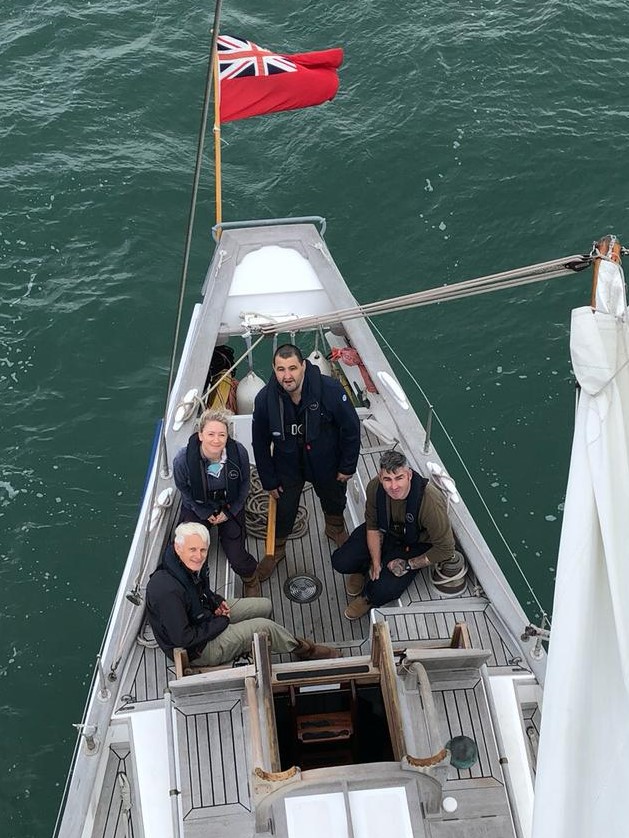 Boleh’s past links with the ‘Sappers’ – as the Corps of Royal Engineers is known – are being renewed!  In the early 1960s Boleh was the training vessel for their Junior Leaders Regiment at Dover, introducing countless young Sappers to life at sea.  Later, members of Roger Angel’s family (Roger rescued and restored Boleh in 1978) served with the Royal Engineers.

Now we are delighted to report Sappers once again sailing Boleh and that a great nephew of Robin Kilroy – Boleh’s designer and builder – has just joined the Corps.  Picture taken from the mast by Sapper Ian Kelly shows colleagues Paul Jones (helming) and Colin Henry, with Boleh volunteers Simon Springett, Skipper and Tosca Barnes, Mate to the left.