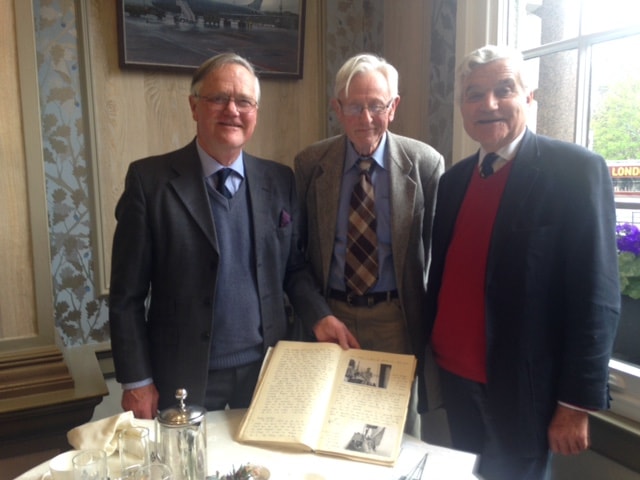 An important record of Boleh’s past has just been added to the Archive. Almost exactly 53 years ago Boleh sailed from Salcombe to join the Junior Leaders Regiment, Royal Engineers as their sail training vessel based in Dover. Over 3 years, until she was replaced with a new build yacht, Boleh took some 500 trainees to sea and sailed nearly 7000 miles.

Boleh’s adventures in the Channel and North Sea are recorded in the Log Book kindly presented to the Boleh Trust by John Maddock, pictured here with Trustees, George and Henry Middleton. John, a civilian instructor with the Royal Engineers at the time and a qualified Boleh skipper, flew in from South Australia last week where he and the Log Book have lived for the last 45 Years.