Angels back onboard Boleh! 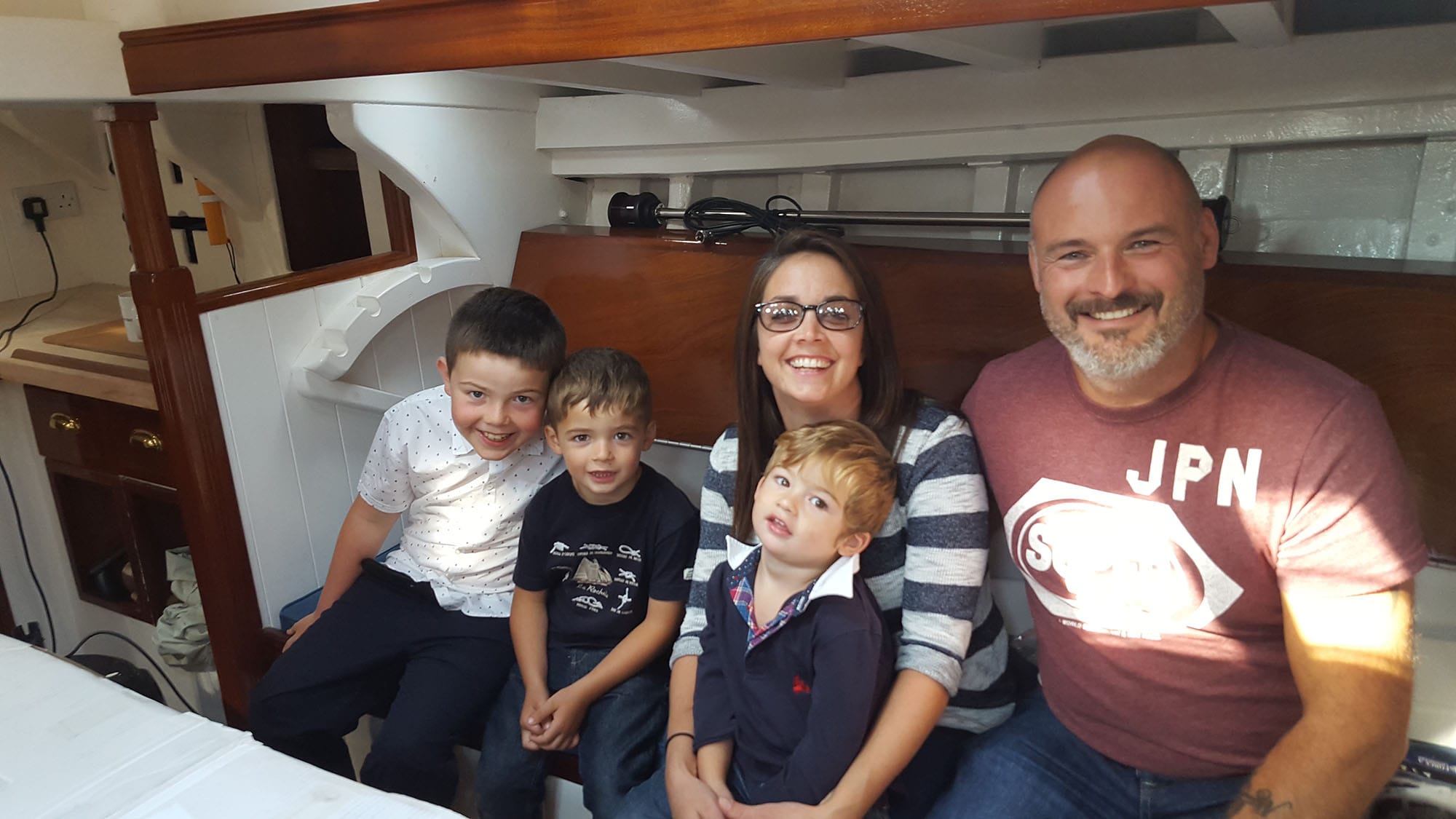 We are absolutely delighted that Roger Angel’s granddaughter, Naomi, was able to visit Boleh recently. Roger rescued and restored Boleh in the early 1980’s after she had been severely damaged by fire and then sailed her for over 25 years. Without Roger there would be no Boleh and it was fitting that, shortly before his death in 2008, he was there to see her delivered to Portsmouth for the current restoration. The picture shows Naomi and her family – the first Angels to get afloat in Boleh since 2007.