Boleh To Be Registered in Portsmouth 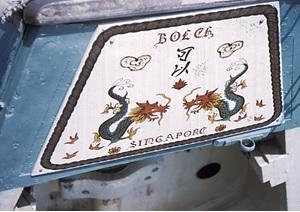 Following her build in Singapore, Boleh was registered there, in what was at the time, a British Colony. When Singapore became independent, George Middleton, who was by coincidence serving with the Royal Navy in Singapore, re-registered Boleh to a new home port in the UK. The port of registry chosen was Salcombe, Devon where Robin Kilroy was brought up as a child, and also where Boleh arrived in 1950 after her voyage from Singapore.</p

Now, following her extensive restoration, Boleh is to be registered in Portsmouth where she has been providing opportunities for local young people to gain practical skills and also where she will now offer sail training to continue inspiring young people in Portsmouth.