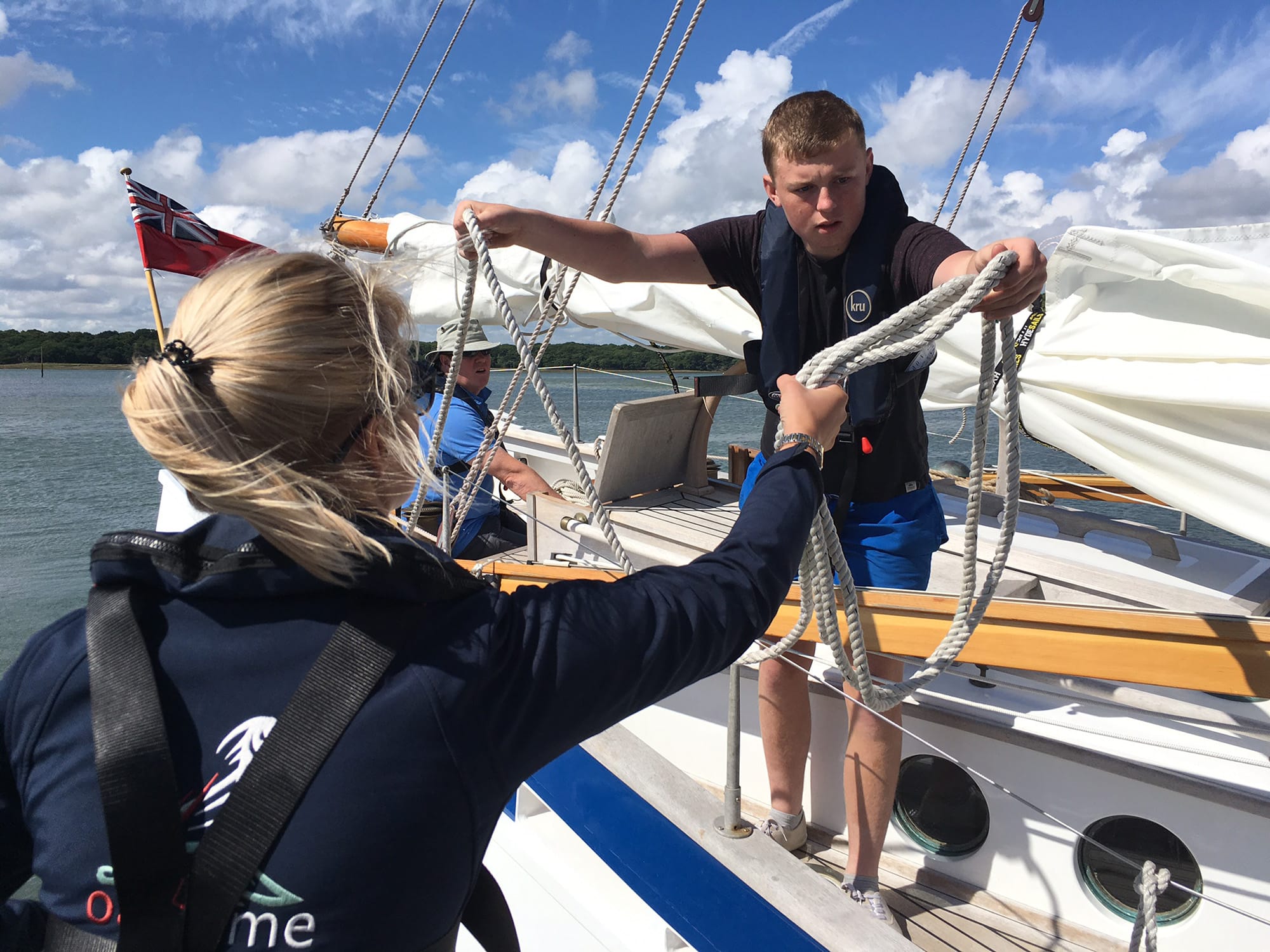 Boleh’s programme this Summer has included sailing many old friends and it was a special day in August which reconnected Portsmouth’s Charter Academy with the Boleh workshops at Henderson Road. The Boleh Trust worked closely with Academy pupils during the vessel’s restoration and Luke, pictured with fellow former pupil, Laura (now a qualified Skipper), has followed Boleh’s progress since Year 7.

We are grateful to John Gillard, Principal of the charity Oarsome Chance and a former adviser to the Boleh Trust, for arranging this welcome reunion. The Oarsome Chance Foundation (see link below) aims to help young people who are not succeeding in mainstream education. The charity is setting up a boatbuilding facility in Gosport and has similar aims to our own. As Boleh will be based in the Marina there next year, we hope we can work together to our mutual advantage.